Yineka mou and I arrived at Heathrow yesterday at noon, after an uneventful, not too uncomfortable fligh from Perth, via Doha. After watching the onboard video trying to sell the charms of a stopover in Doha, and after having seen the place, albeit briefly,our first job on landing at Heathrow was to seek out the Qatar Airlines desk, and change our travel plans for the return journey by CANNCELLING our planned 2 day Stopover there!, Obviously their marketing department need to gild the lily a bit to make it an attractive place to visit. I think the clincher for us was the attitude to alcohol, which apparently is even stricter than in DubaI .

Anyway, as we were disembarking the plane, just 45 seconds behind the First & business class passengers, I mentioned to i Yineka that we had just saved 5000 dollars each by traveling in cattle class….. That made here very happy….especially when we got thru immigration even faster than the dedicated priority queue. Picked up a sim card for my ipad ( from a slot machine no less, no forms to fill in, no passport pic required ! ) picked up our hire car from Sixt and we set for Wales…but after a wrong turn, heading 4 miles in the opposite way we meant to go… ( courtesy of the helpful polish lady at the hirecar company ! ) Yineka complained the car had a ‘ rattle’ . So I headed back to Sixt car hire place to complain… And of course we were given a complimentary upgrade to a much better and brand new car…So after a slight delay sorting that out, we again set off for Wales.. Yineka navigating again…but this time I gave her my iPad to use as a gps map system… It didn’t help her much though…as with her sunglasse on (Weather unbelievably hot … 28c and clear blue skies!) she had difficulty seeing the screen properly…nor decipher which way to go!!! After much shouting and some abuse, we eventually found our way to the M4, and we were heading west to Wales. 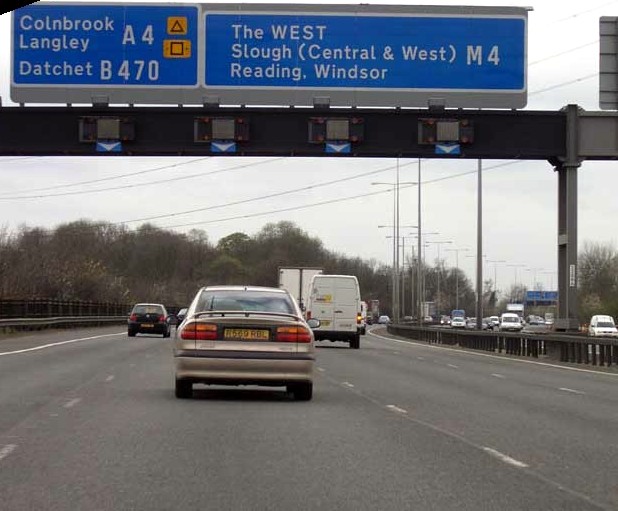