Last night we didn’t go out until late… it was around 10:45 pm, a beautiful clear and still moonlit night… A full moon no less. We’d had a late siesta after coming back from the beach, and woke up at 10pm. Elsewhere this might be a problem in finding somewhere to eat, but not in Greece. Greeks never eat dinner till late…sometimes after midnight…so after a short 5 minute walk up to the Chora, we decided on ‘ Fanari’, the local pizzeria . ( Why its called Fanari is a mystery, as in Greek this means Traffic Light…. And that’s one thing that this place doesn’t have, nor need. Actually, while walking here just now, we had to move to the side of the road five times to let cars pass…which is the most cars we’ve ever seen at one time since arriving on Koufi. )
There were only a handful of patrons eating or waiting to eat, and after waiting a few minutes we were approached by a young guy who gave us the menus… I know what I want, I said. I’d like a half kilo of white wine and a half kilo of red wine ( a half kilo, or miso kilo, is 500 milliliters, or half a liter) and one Pizza Neapolitana and one Pizza Caprissio and also ….. He cut me short ” δεν εχει πιζζα!” ( don’t have Pizza! )… WHAT, that’s like a pub with no beer. You know the feeling you get when you’ve been looking forward to something for a while and then it’s not available…well that’s how I felt… Oh well, never mind. Now why is it that everything seems better when it’s in a foreign language…We both ordered Kotopolo Souvlaki ( grilled chicken skewers) and Patates Tiganites ( chips) and pitta bread and Tatstiki..and it also came with the obligatory basket of fresh crusty bread… As usual we found it to be delicious….the chicken tender and moist and soooo tasty…but far too much to eat, so Yineka Mou took the remaining two skewers home with her…for breakfast she said. Total of the bill…17€ euro…. or just under A$20….!
We ended up the evening, by now it was 1am, at the music bar Kalarma. The owner, Yannis, plays really cool music there….its a really cool bar…. and he showed me the system he uses…iTunes connected to three hard drives each of 2 terabyte each…and all full of music…about 10 years worth of nonstop listening…. Tonight will be the last night before this place also closes for the season..so I’ll definitely be there, and I’ll bring my iPhone with me tonight, so that I can identify the music he’ll play, using the SHAZAM app. After a couple of ouzaki’s and an ice cream it’s time to get home.
Even walking back home at 2am, …and it’s like daylight with the light from the full moon….we bump into one of our new found friends, Stella from Germany, who is walking alone along the laneway on her way into the village. Where else but here, could a lone female walk alone safely like this at such a late hour, without fear of harrasment or attack…
Another great day in Paradise….tomorrow , Sunday…and church! 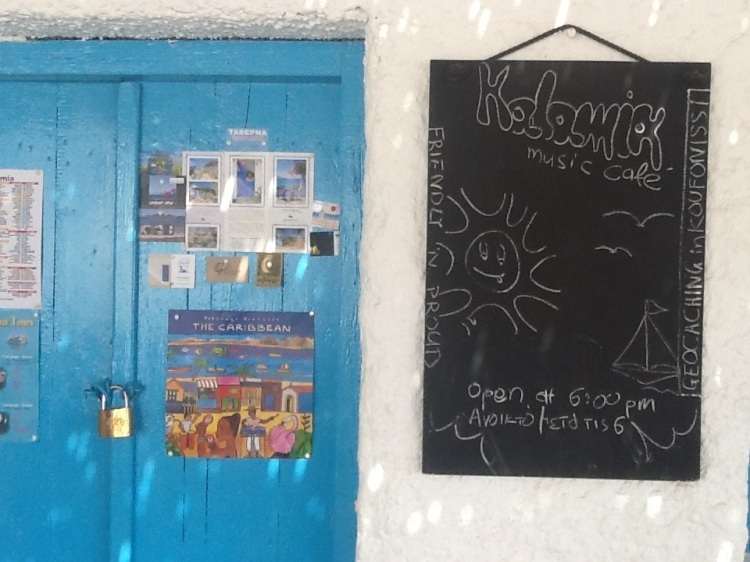 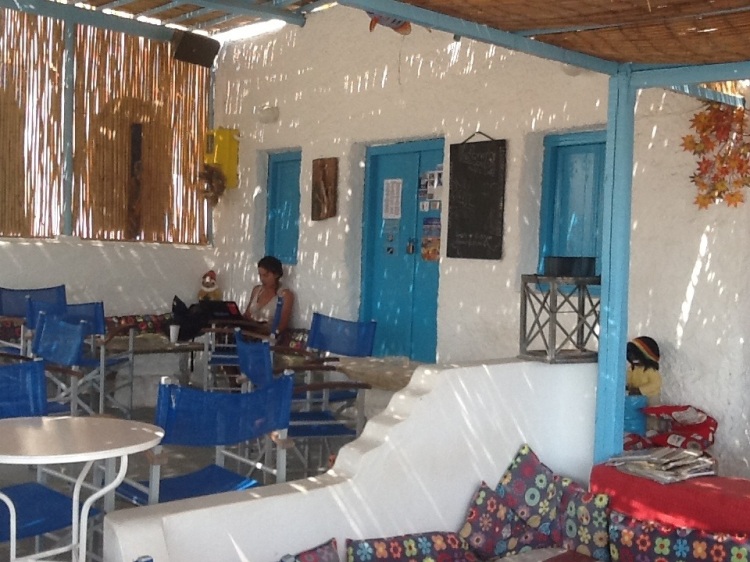 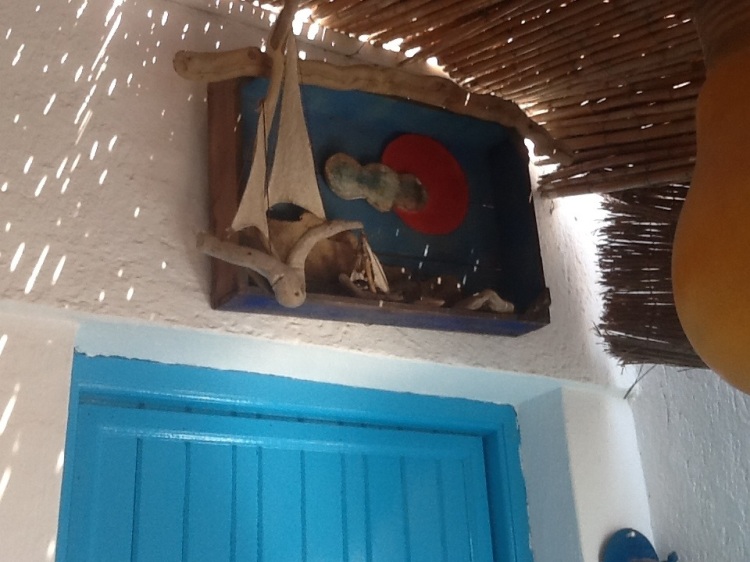 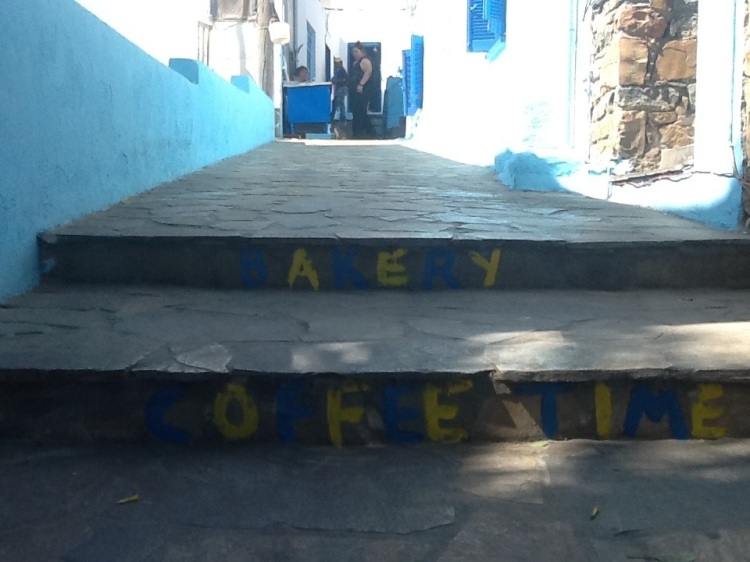 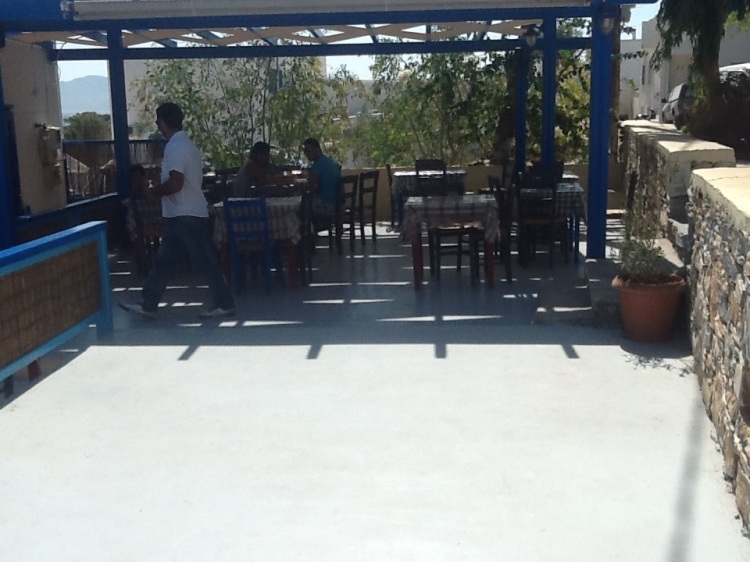 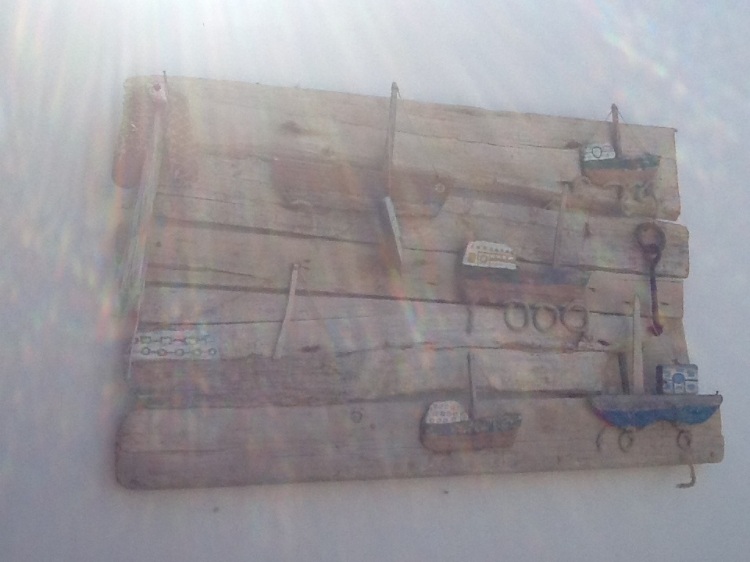