Yes, it’s true, Tom Tom Takes Off ….. and apologies to those readers who may have misread it as TomTom takes it off…sorry!

It’s that time of year again which I consider to be the ideal time to take off to Greece. If you are a regular reader of this blog, then you’ll remember that Yineka-mou and I ( Yineka-mou literally translates as ‘my woman’ in Greek! ) spent two months in Chania, Crete last year around this time. Which obviously means we dislike the place so much we need to give it another chance….no,of course not, we really love it there, especially the large house we rent in the old town. (If you want to read more about  Chania and its history in detail then just look it up on Wikipedia, (https://en.m.wikipedia.org/wiki/Chania ) 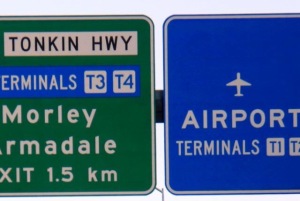 Our journey started yesterday at noon, when Ali the young limo driver picked us up in his flash new BMW 7 series black sedan. Ali is from Melbourne, via Pakistan, and in the 45 minutes it took him to drive us to Perth International Airport ( recently renamed as ‘Terminal 1’ just to confuse people….. It’s Perth fa-crys-sake ) Ali gave us his opinion on life….. touching on all manner of topics ranging from the Indo-Pak war after ‘Partition’ in 1947, crazy Greek taxi drivers , why Uber is rubbish ( really?) and why Perth is better than Melbourne. Well at least, with the latter topic, we had eventually something we could agree on !

We checked in early for our Etihad flight, and after being held up at the security checkpoint for 15 minutes while I was body-scanned in that new X-ray machine that has been installed there.

“Step inside .the module and plant your feet there” said the ‘non gender specific’ tough looking security employee, pointing to two yellow footprints a metre apart, “and raise your hands in the air ”     It took great effort on my part not to start singing….. ” ya put ya left leg in , ya put your left leg out…etc ” but you dare not make any joke, not if you want to get on your flight, and especially not when they are wearing ‘rubber gloves’ ( ouch , be gentle, that hurts)  so I simply obeyed and did as I was told. The machine, looking like a sci-fi space module, began to whir and gurgle ( or was that me gurgling) and after a few seconds I was asked  told, to get out the other side. “Take a look at this” she said  ( ha, gave the game away there didn’t I ) and pointed to two images of my whole body, one from the back and one front view. ( memo to self, maybe I need to step up the exercise a tad more) ” and what’s that”  she said, pointing at my head in the image. A big yellow area in the vicinity my jaw stood out like dogs whatsits and  I explained that it was my mouth jewellery, some  recent dental work I had, carried out by my friend and orthodontist ( fancy word for dentist) Leo Ntoumonopoulos. Specifically the solid gold crown he recommended I have inserted in my mouth…. It now sets off every airport security device I pass through, and means I have to show the security goons my biggest smile so that they can see it! But the gold is so heavy it means I have had a crooked left hand smile ever since he carried out the procedure, and it could be mistaken by some as a sneer.   I’m told to go back inside for another try. This time, the X-ray showed a lump around the groin area in my jeans ( no, she  wasn’t getting me aroused) which was just some tissues I had in my pocket. Stepped  back inside for third attempt ( ….and ya shake all about….. lettttts do, the Hokey Cokey! ) and this time my image showed a big black patch near my posterior, which was my wallet. Anyway, by then  security gal decided that I was not a Jihadi terrorist threat, just a big pain the arse.  ( yeah, had a look at yourself lately love?)

What I’d like to know the answer too, though probably never will in these ultra PC times, is why some of the other passengers, dressed either in full ‘hijab’ gear, long black robes, face veil etc or the males in mufti and who haven’t had a shave since they were boys , didn’t also get picked out for the X-ray. OK, I’m being provocative here, and I’m aware that ‘Racial Profiling’ is strictly verboten in our LGBTI multicultural Australia, so maybe next time I pass thru Perth Airport I should be draped in the ISIS flag and possibly find that I will pass thru the security check without any hold up whatsoever. I guess I must look very suspicious because why else, after I had retrieved all my belongings, dressed, and put back on the belt holding up my jeans, I was then picked on ( at random of course!) to undergo the explosives test. The only thing explosive they could find was my temperament at that stage,but a couple of G&T’s in the safety of the Qantas lounge later, and I begin to relax and enjoy the wonderful feeling that travelling by air always brings.

First time for us on Etihad, and can’t complain about the service or the comfort. We were travelling at the pointy end, which does make a big difference, and right after dinner was served we both fell asleep on their comfortable flat beds, for the duration of the 10 hour flight. Only complaint was, unlike Emirates or Qatar airlines which we’ve travelled on to same destination, Etihad do not give you any pyjamas to wear! Too bad for them,( and the other passengers) as I stripped off anyway down to jocks and tee shirt, ( TomTom takes it all off?) and because I didn’t want to frighten the children onboard, I discreetly covered up with a blanket.

Not only because of the pyjama issue, but because of the extra long, (10 hour) stopover in Abu Dhabi waiting on our Athens Flight, I probably won’t be in a hurry to book with Etihad again, although I must say that their lounge in AD is superb, as was the service and the food…. and not forgetting the drinks!

I’m sure glad that I bought my favourite cologne from Chemist Warehouse in Perth before I left though,  ( A$72 including gst) as it was almost twice the price at the DFS Duty Free shop in Abu Dhabi….. check out the price on the ticket, it’s US$97.22 which is approximately A$130 Aussie dollars!  Another WTF moment! 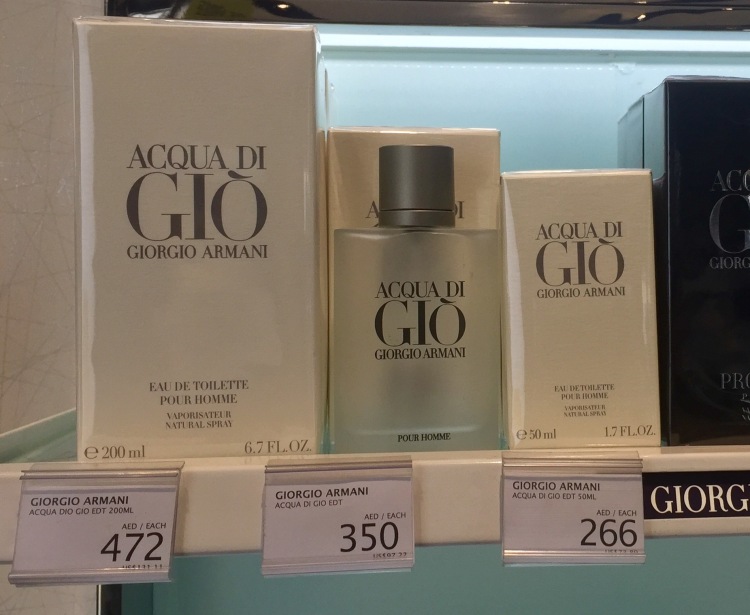 To board our flight to Athens we had to catch one of those awful airport buses and drive about 50 kilometres around the airport perimeter to where our plane was parked. The bus driver actually stopped at the wrong plane first up, before realising his mistake. It’s fortunate that we didn’t end up in Damascas tonight, and how would I explain that to ASIO when i get back to OZ.

The bloody old plane that Etihad use on the Athens run, still had slots for razor blades in the toilets, but service with a smile made up for the planes shortcomings, and we landed in Athens on schedule. Anyway , Qatar Airlines can expect us to re-book with them next year….. wonder if they’ve missed us?

Landed in Athens on time, and surprise surprise, no long wait in a queue at immigration.  But, it’s a another long wait at the airport, as we have just missed the 12:45 flight to Chania, and are now on the next Aegean Air flight at 6:30 pm.  It wasn’t until we were seated in the bar at the airport having a drink that I realised something was missing!  I went to get my iPad out of the bag to start this blog, and wasn’t there…. WTF…… I must have left it onboard the plane…… In the seat pocket! Panic panic panic…..Yep, so stupid of me I know, and no excuse either ( except onset of senility maybe) , as I was quite sober, only had one, OK, maybe two, G&T’s on the flight.

After a fair bit of chasing around at various information desks, ( Information Desks…. Ah, a misnomer if ever there was one) it was tracked down to the missing luggage counter on airside,) so had to smooth talk my way ( in Greek, you should be impressed) back into that zone. This being Greece, it wasn’t too much of a problem, and pretty soon, phew, what a relief , it was back in my possession…..iPad I love you! ( and found the ‘find my iPad app’ very useful, sorry for all the harsh words I may have said about you Steve) had to laugh though, as the guys at the missing luggage counter wouldn’t give it back to me till I described what was on the screen saver. ” it’s my wife” I said. It was a photo of her which I took 2 years ago in Vanuatu in a beach bar, ” Einai Poli Orea” they said, which roughly translated is Greek for ‘ a bit of alright! ‘…..thanks guys, I think so too!

Our thirty-minute flight to Chania was uneventful, and waiting for us at the airport was Kyriakos with his black Mercedes, to take us into the city and to our lovely big house in the old town , Kores Villa. Door to door, what a long trip it’s been, thirty-eight hours…….. Kalinichta!

4 thoughts on “TomTom Takes Off”

Follow Travels with a TomTom on WordPress.com
With Compliments